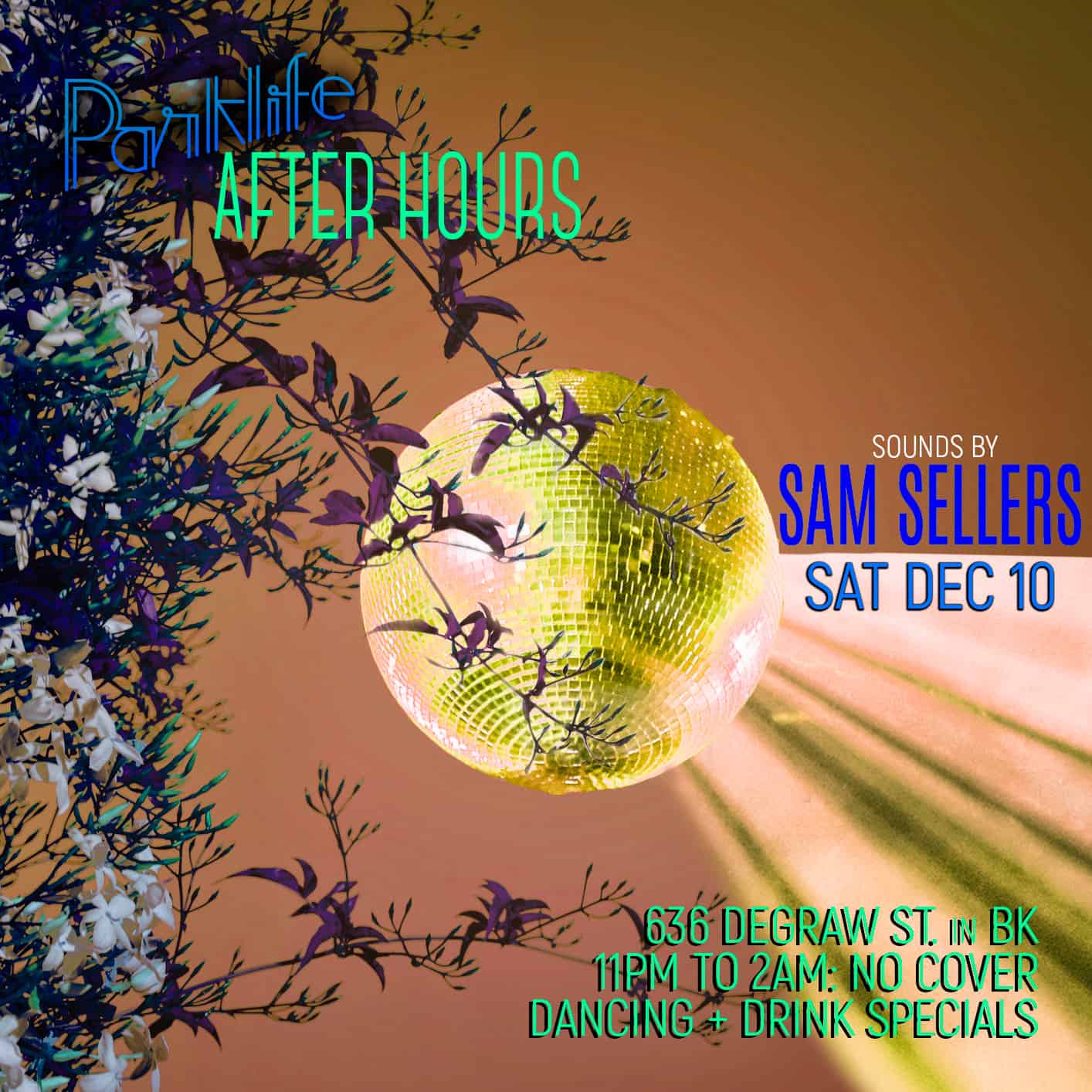 Your late night just got better with Parklife After Hours. Presenting DJs, dancing and drink specials!

Tonight’s featured DJ is SAM SELLERS. With an expansive discography begun on wax in 2001, a performance career touching 5 continents, and over two decades in Education, there are countless places where you may have encountered him. Highlights include head coaching on MTV’s MADE, headlining the Blue Note Jazz Festival, facilitating workshops from community centers in Uganda to teaching at schools and universities in NYC and beyond. He is dedicated to growing his impact through artistic evolution, helping people connect via the cypher, pursuing clarity in personal pedagogy, and deepening his musical catalog. Recently he was Artist-in-Residence at Cassis AIR (France), released his first self-produced project, expanded his C.V. teaching new courses at The New School, headlined Breakthrough Dance Fest in Zurich,CH and was minted 2019 End of the Weak Challenge of Champs U.S. Vice-Champion. He’s been the official DJ for Saturday Night Live Season 43 & 44 afterparties; was resident DJ/MC at legendary jam session The Lesson; and has won every NYC freestyle rap competition in the new millennium. He is also an ordained wedding officiant, having performed 14 secular ceremonies. In June 2022 he was honored with the Alumni Award from his alma mater, Grinnell College, which “recognizes individuals who embody the College’s mission of lifetime learning and service.”